Please be advised that Android phones running version 13 software are having bluetooth connectivity issues due to a bug with the latest Android update. We have been informed that GOOGLE/ Android is working quickly to resolve this issue. This does not affect Android phones with software prior to the version 13 update or any Iphone applications.

*Update 12/6: Google has released the latest update for Android 13 on 12/5. We have confirmed that the update fixed the connectivity issues with XKchrome. We expect this update to be available for all Samsung users soon. (SEE DETAILS)

The best of both worlds; our RGB Switchback halos are color changing but also feature a white and turn signal mode. No compromises here! Multi-color functionality with our industry-leading XKchrome Bluetooth Controller and two input wires for the drivers to control the white and amber turn signal modes. Our RGB Switchback halos feature advanced micro-SMD technology for a nice even glow when the they’re are on and a cleaner, more professional appearance when they’re off. The external drivers take all that unnecessary heat away from the leds for unmatched reliability giving you halos that’ll shine for the years to come!

Note: Controller MUST NOT exceed a combined total of 72W when paired with other lighting accessories. 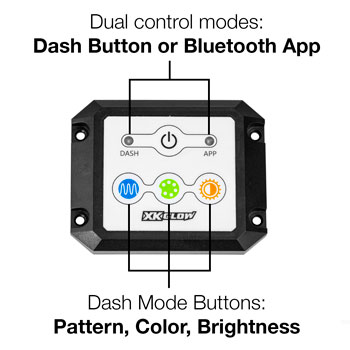 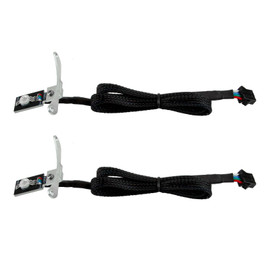 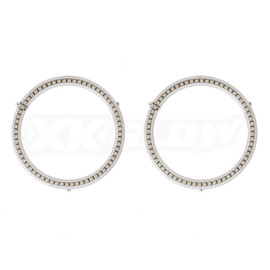